It is well known lore in America that touching frogs causes warts. Now since most of us have handled a frog or two in our childhood, we can be pretty certain that isn’t the case. Frogs are one common myth, but there are countless others that surround the wart.

For instance, in the Philippines handling a plain colored chicken is a sure way to pick up a wart. Chickens are plentiful in the Philippines, however having one that is plain apparently is not. Rats are the cause in Asia. Touching rats is a definite road to finding yourself with a wart.

As many ways as there are to “catch” a wart, there are just as many, if not more, ideas on how to cure them. From strands of human hair tied around a wart, to tapping a wart when you hear a lightening strike, to even having a wart whisperer whisper to it, generations of people have practiced various methods of wart removal.

The plain truth is, warts are just no fun. They are unsightly, often painful, and not so easy to get rid of. The human papillomavirus is to blame, and although warts can be found on different areas of the body, the plantar wart shows up on the bottom of the foot.

The virus enters through small open areas of the foot, and likes warm moist areas, so places like wet locker room floors are ideal places to pick it up. However, not everyone is susceptible to contracting them due to differences in immune systems. Warts are not highly contagious. These factors may explain why not everyone in the same household may have a plantar wart when one person is affected.

Plantar warts can present themselves as small fleshy grainy growths coming outwards from the skin, or if they are on a pressure point, they may show as buried under a layer of hard callus with a defined spot in the middle. Although the dark spots are often called “seeds”, they are actually small clotted blood vessels. Often times a person will feel pain in the area of a wart when standing or walking.

The worst thing about a plantar wart is it doesn’t go away quickly on its own. A wart can typically last for a few years before it disappears, and often it will spread to different areas of the foot. Many people attempt to treat warts at home with various home remedies, but most haven’t been proven scientifically, and it takes a long time to cure a wart this way if it works at all.

If you have tried treating warts at home with no success, its time to visit a Edmonton podiatrist. There are different treatment options we may recommend. Freezing, surgery and laser treatments are often used to treat plantar warts. A topical substance called cantharidin (secreted from the blister beetle) is also an option. A strong form of salicylic acid topical used over a period of weeks, or special injections to stimulate the immune system are other forms of wart treatment.

If you are troubled by plantar warts contact our Edmonton foot clinic today. 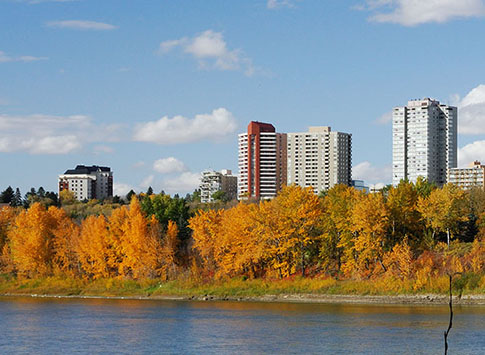 All About Heel Pain